Q: Where can I meet women?

A: Just about anywhere.

Location is really not too important. The obviously blatant pick up places like clubs and bars will have more potentially available women but that scene is also difficult to succeed in if you have no pick up skills. When starting out, you can use those places as practice. Think of it as a game where winning or losing doesn’t matter – it’s the fun of seeing what responses you get that’s important. Anywhere you find a woman that attracts you is a great opportunity to say something new, different. Study the responses, adjust your responses from past results and eventually you’ll see that women can be met anywhere – the trick is attracting them once you find them.

Q: How do I approach women?

A: Quickly and without hesitation.

The more you think about what you want to say and how you want to say it, the more likely it is that you’ll discourage yourself from the actual approach. You must act so quickly that you don’t have time to think. Say the first thing that comes to mind. If nothing comes to mind say “Hi, I noticed something about you…” Then pause and wait for her to say “What? What did you notice?” (women are intensely curious when such a comment is made to them). The few seconds it takes her to get impatient and ask you what you noticed is probably enough time for you to take a closer look at her and actually find something to say. “I noticed you’re halfway through the book you’re reading – what’s it about?” or “I noticed the deep tan you have – did you just come back from a tropical vacation?” Whatever – anything that could possibly lead to a continued conversation. The more answers you’re able to get out of her, the more questions you end up being able to ask until eventually a full blown conversation takes place and you get a better opportunity to create rapport with her – a connection.

Q: How can I hide my nervousness around a woman? How can I fix my
shyness?

A: What makes you nervous is taking yourself too seriously and thinking too much about what she thinks (or will think) of you.

Shyness can’t be fixed or hidden – you simply have to disregard the negative thoughts your mind is telling you. Approaching women quickly, more often, and without thinking about what you’re going to say first will strengthen your resolve over time and diminish those types of thoughts running through your mind. Never approach a woman thinking “I must absolutely make a good first impression or she’ll never…” Instead think, “I wonder what she’ll do when I tell her X, Y , or Z” and don’t worry so much that she might not respond the way you want – most women won’t. At least not until you’ve gained rapport and a chance to lead the conversation (and her) in the direction you want to go.

Q: How does height (or generally the way one looks, or how old one is)
influence success with women?

A: It doesn’t influence success all that much.

Frankly, the only time it matters is if there are other guys attracting her attention in the immediate vicinity who are taller/younger/richer/etc. AND have a personality edge over you. If you find yourself in those types of situations too often, you need to improve your personality and charisma or change your environment when finding women to pick up.

Q: How can I build and improve my self-confidence and charm?

Don’t try everything you’ve learned all at once. Approach many women. Say whatever comes to mind. Study the responses. Carry it as far as you can go and if it doesn’t work out, find another woman and try again. Over time, not only will you learn how to quickly gain rapport with almost any woman, you’ll aslo gradually gain confidence, quick-thinking for immediate conversation starters, and the ability to stretch “fluff talk” long enough to elicit her values (her value words) which can then help you lead the conversation. For example, if she says “I like bright colors…” or “It’s a really bright day out…” then you can ask “What is it about bright, colorful things that you like so much? She might respond “They remind me of my youth – carefree times”. Then you can lead the conversation into things that associate you with memories of her youth, and reinforce the idea that you are a carefree person. Practice methods like this over and over with different woment until it becomes part of your nature. You will then have self-confidence and charm without ever thinking about it. A: Although pheromones have been scientifically proven to affect mating actions in various creatures, there’s been no conclusive study done on humans.

So, until that happens, the answer is NO. The most potent attraction tool you can ever use is your brain.

Q: What is wrong with me?

Any doubt you have in yourself is insecurity you are emanating to others. If you don’t like yourself, how do you expect others to like you? If you ever find yourself thinking “What is wrong with me?”, change the thought to “I can’t wait for her to find out what a great guy I am. It will be a shame for her if she doesn’t get the chance”

Q: When is the best time to hug, kiss, or shake hands after meeting a
woman?

A: It depends on the situation, but don’t think of it as “hugging, kissing, or shaking hands.”

Think of it as basically physical touching, and do it whenever it could come off as the most natural thing to do. For example, when talking to a woman at a bar (which might be crowded and noisy), lean in and talk very close into her ear while touching the side of her arm or elbow. This type of touching is also known as a “kinesthetic approach”, kino for short. You want to a women, soon after meeting her, to feel comfortable (and possibly aroused) with this type of touching from you. It displays to her that you are a sexual being and are not afraid to move in close or make contact. Don’t treat touching like a business affair, treat it like subtle animalistic human contact. Your hand stroking her hair, touching her hand, arm around her shoulder, whispering in her hear and making sure your lips brush against her lobes. That sort of thing. Obviously not done when first running into a woman on the street but over time with practice you’ll learn when the right time is.

Q: What does it mean when a woman says “I want a man who knows what he wants and knows how to get it.”?

A: …when women say “I want a man who knows what he wants and knows how to get it.”

She is actually saying: “I want to be chased. When a man chases me, I feel better about myself.” It also means she’s in control to a certain degree, and although I would say that she THINKS she wants to be in control, she really doesn’t because if the man knows what he wants, then she’s abdicating responsibility to a degree and subsuming her desires for his.

A: Contrary to popular opinion, women do like nice guys.

What they don’t like is guys who let women walk all over them. They don’t want a doormat and they don’t want a supplicating fool. Women walk all over nice guys because nice guys let them do it. Women *want* to be treated like ladies, with respect and adoration, but they don’t know what to do when they are treated that way. They are simply not wired to expect this sort of treatment from a man who could be a potential mate. It’s not the type of behavior that arouses them. In fact, it has the opposite affect. But that doesn’t mean you need to be a “bad boy” or jerk to get what you want, it just means that you have to show women that you cannot be walked all over. It means you DON’T supplicate yourself with a woman. Think of it like a reward system. In order for you to do something nice for her, she MUST first do something nice for you. Not the other way around. For example, past posts from Nathan on ASF outlined the following example to explain the reward system:

You’re at a club/bar/whatever and see an attractive woman sitting/standing alone waiting to pick up her drink or basically not doing anything. Move in and say “If you buy me a drink, I’ll let you kiss me.” Sure, it doesn’t work in all scenarios, and doesn’t work with all guys/women or personality types but if you dissect the problem, you’ll notice a few key things you’ve portrayed to her in a rather short comment:

– You’re a man who ” knows what he wants and knows how to get it.”
– You don’t supplicate by asking to buy her a drink. Instead, you suggest she buys YOU a drink.
– You’re telling her that you’ll “reward” her, but only if she provides you with something you want.
– The “reward” is actually something *you* want but it doesn’t come off that way.
– You’re fun and daring.

Once in a while, some woman will actually take you up on the offer and not only do you turn the game around, but other women at the club/bar/whatever will notice this (without knowing what you said to her) and their own interest will be enhanced, opening up more opportunities. An average chump, on the other hand, will usually awkwardly hang around the bar wand wait to find women who they can offer to buy drinks FOR. Losers. AFCs. Supplicators. “Nice guys.” They’re the first to get stepped on, used, then ignored, and the last to get laid. These guys will call getting laid “getting lucky” because that’s what it takes for them to successfully seduce a woman – luck.

A: Not in the least.

Q: How can I change my “nice guy” image?

A: What you want to do is learn the types of actions that might label you an Average Frustrated Chump (AFC).

Then avoid doing those things. An example, don’t bring a woman flowers if you’re just asking her to coffee. Don’t ask for her number before conveying personality and gaining rapport – in fact, don’t ask for her number at all directly. Let her figure that out when you end a conversation and indicate you have somewhere else to be (“I enjoyed our conversation. I have to go now – what do you think we need to do in order to continue this at another time?”). If you’ve successfully attracted her, she’ll whip out a paper/pen because she’ll WANT to give you her number. Don’t compliment her excessively when first meeting her. Don’t put her on a pedestal. Don’t spend money or a lot of time on a particular woman unless she’s already reciprocated your attempts at attention. 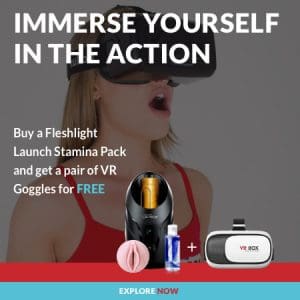 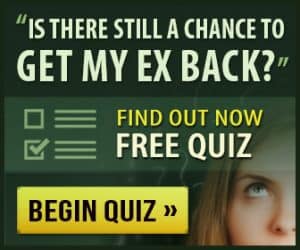